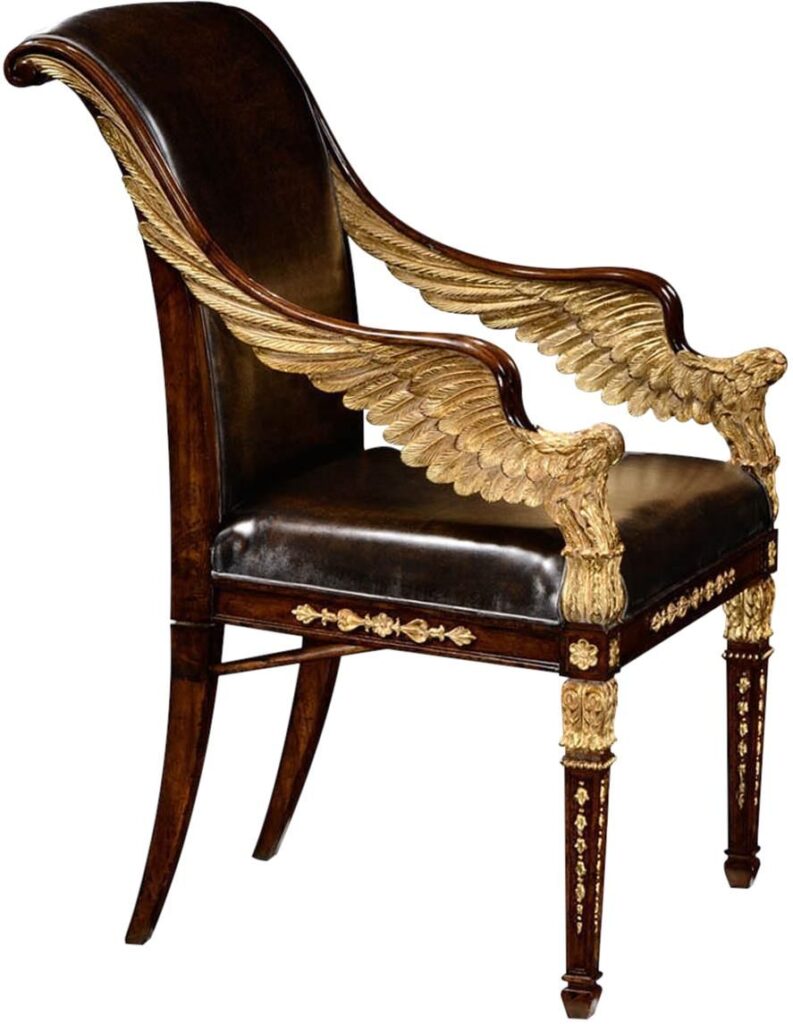 The Renaissance era had such a deep impact that even hundreds of years later, craftsmen were still trying to emulate its accomplishments. This furniture style became popular again in 19th century France. The antique Renaissance style furniture that we sell today is from this Revival period, dating to the late 19th and early 20th-century.

This is the same era as the Victorian age, in Great Britain, which shared a lot of the same looks, values, and art. If you have a Victorian Renovation home, you can happily decorate with Renaissance Revival furniture! From sideboards to marriage chests and all sorts of other great furniture, this style is one of our favorites.

This style is so lovely, it has numerous sister-styles across the furniture market! All of these styles are considered Neoclassical. We found a really cool guide on Neoclassical styles that you can check out here.

While Henry II only ruled France for a brief twelve years (1547–1559), the Henry II style of antique furniture had a significant impact for much longer. Five French monarchs during the course of their reigns used this significant furniture style. But the antique Henry II furniture that we currently offer dates from the Renaissance Revival era in the late 19th century, when this incredibly classic form was once again fashionable.

The Hunting style, which was influenced by the French vogue to outfit hunting lodges and chateaux with furniture carved with depictions of rural life, had an additional impact on the furniture.

During Napoleon Bonaparte's rule over the First French Empire, which lasted from 1804 to 1814, empire furniture came into being. Napoleon, a powerful military leader and ruler, was keenly aware of the importance of the arts as instruments for propaganda. He supported the emerging Empire style because he thought it mirrored France's power and significance.

The Neoclassical design movement gave rise to the Empire style. Themes taken from ancient Rome demonstrate how these two styles are comparable to one another.

Like Renaissance furniture, Empire furniture is renowned for its imposing size and grandeur, which are supposed to be impressive. The majority of Empire-era furniture is big in size and richly decorated. These assist to enhance the sculptures' distinctive and beautiful appearance. For examples of Empire style furniture, check out our page here.

The Louis XVI style replaced the beautiful curves of the Rococo style, which is also commonly called French Louis XV style, throughout the period between 1760 and 1790. King Louis-Auguste's reign saw the emergence of this new fashion. It utilized straight lines and had classically influenced themes, much like its Baroque forebear.

The Louis XVI design was less substantial than the Louis XIV design, even if it developed into a more refined form of the Louis XV style. It marks the end of French baroque architecture and the start of French neoclassicism. We have many Louis XVI and other French pieces on our page here.

If you're intrigued by what you read about Renaissance and other furniture styles and want to start your search, we offer a wide selection here. These pieces were all hand-picked for their quality and style, over numerous buying trips in Europe. We hope this guide has been helpful, and that your home decor journey is a prosperous one!

Aimee owns EuroLuxHome with her husband and best friend, Greg. Aimee sources amazing antique furniture, vintage lighting, & high-quality reproduction furniture to help her customers decorate their homes in a unique way. She loves her 8 (you read that right) fuzzy children and is renovating a 1920s bungalow in South Carolina. Find us on Facebook or connect with EuroLuxHome on Instagram and Pinterest. Or you can sign up here to receive this blog in your inbox.